She couldn’t open her eyes.

She wasn’t sure she had eyes.

Peter said – says – said – said it had been the same for him. Sometimes he got so deep in dreaming that he wasn’t sure what way was up, and for a boy who could fly, that wasn’t a great position to be in.

I was doing something.

I was somewhere. I was doing something.

Fractured and refracted, reflected and mirrored and thoughts doubled in on themselves.

She wanted to open her eyes, and have Peter tell her who she was. Wanted-

She’d been doing something. And it hadn’t been lying in a hospital bed across from a boy who had flown away a long time ago. Smiled, then headed for the second star to the right, leaving her behind. Leaving her alone. Because she was always-

It would be better if she knew she was breathing. Better if she could open her eyes. But things were never ideal. Things never went her way.

The answer came without fanfare or revelation, but it was finally a point to hang the rest of the distorted memories around.

Stef. She’d always been Stef, even when she’d only known her name was Stephanie. Even when she’d been too young to start to hide parts of herself under a different name, there’d been some…Stef-ness hiding beneath the surface.

A record skipping, a file not found, a pixelated image refusing to become clear.

Darkness. A red ball. Blue, someone keeping her safe. A face. A voice calling her “recruit”, calling her family.

She hadn’t been alone.

See you next time, Recruit.

I'm the idiot who initially conceived of all this, so throw your praise and your daggers my way.

16 – The Intent to Achieve More

You know you’re going to actually have to tell us what happened with Peter at some point, right?

You say that as if I don’t plan on doing an entire damn book about it… :p 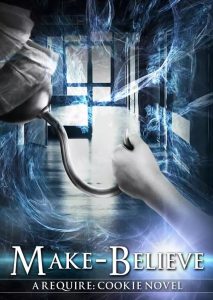 Why would such a book be condemned?

Cause it’s going to emotionally wreck me to write? ;_;

It’s the story of, and fallout from, the car accident that gave Stef all her scars.