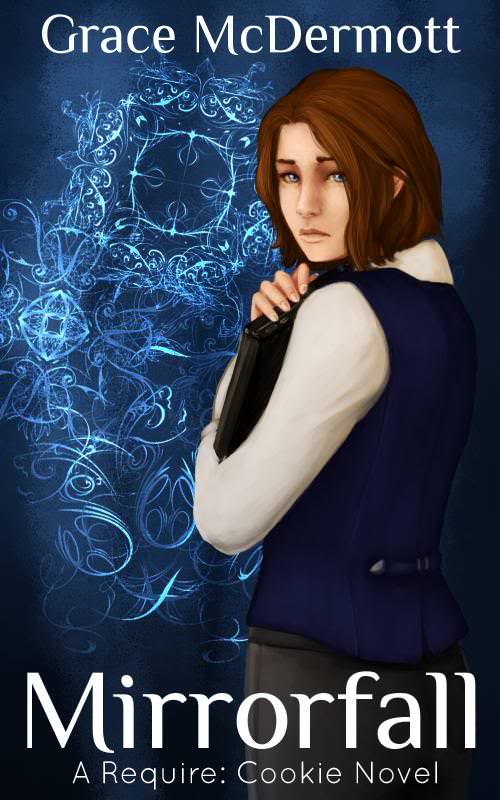 Most of these old covers do have my dead name on them, just ignore it like I do.

Ash & Blue is a project that's been in the works for a long time.

Originally starting as a Matrix fanfic in 2003, a couple of years later I decided that I'd veered so entirely off the rails from what the rest of the fandom expected (I was having a lot more fun with my OCs and our versions of the characters than being canon-compliant) that maybe I'd file the serial numbers off and make an original series.

This...took a looot longer than expected. In the beginning, I ran through about ten full-ish novel versions that were predominantly cyberpunk/harder SF in nature (most kept the "simulation" element, but had it as one of many as an ark of sorts on a long-dead earth, with the sims being the only thing that remained of humanity).

These just didn't click, and never got beyond a small circle of beta readers.

I did then a NaNoWriMo entry that had a new cast of characters, and had a very loose magic system, but it sparked my interest in going in a less cyberpunk route.

As an extension of the NaNo entry, I started on a series of short stories to explore certain aspects of the world (this is where the Agency came back in, but more as a background element).

I wrote a short story with Dorian, a short script that would form the genesis of some elements to the phoenixes and the Lost, but through it all, I was really missing my little hacker girl.

So, instead of rewriting one of the 10+ versions I'd done before, I threw almost everything out, kept the NaNo and its shorts in mind, and started something entirely new.

What are these numbers? A&B has been a series of rewrites for about the last ten years, so the X.0 number indicates which reboot the books are canon to. 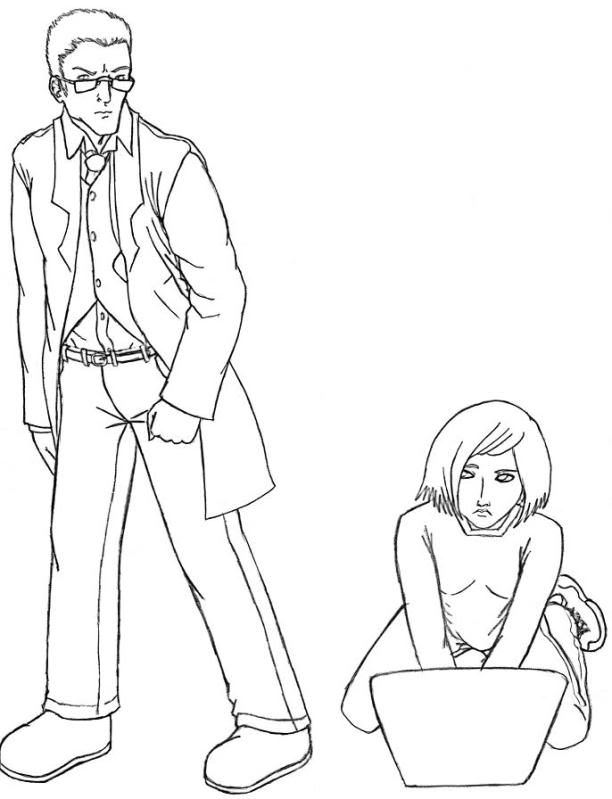 MF1.0 was pure and true "seat of the pants" writing - I didn't know for sure until I put pen to paper whether it was going to be pure urban fantasy, cyberpunk or what.

All I basically knew was that I had a little hacker girl, and that she ended up in a suit.

There were a lot more POV characters than in later versions, and I tried to make a more truly ensemble piece.

And while I do view the world as an ensemble, I think it was a better decision in later versions to get the heart right - to get people to love Stef and Ryan - before letting other characters crowd the picture. 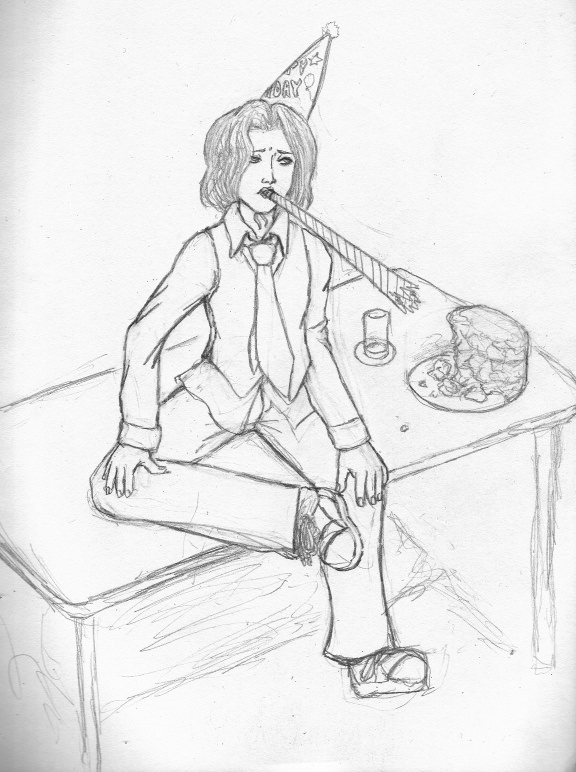 While a MF2.0 probably existed at some point, it was more of a rewrite & replace existing chapters, rather than a fully-announced reboot.

The differences between the various versions of Mirrorheart are expanded on somewhat in my MH retrospective (LINK), and there was still a lot of rough edges in these days.

The world-building was still very much a work in progress, and characters were prototypes of themselves. 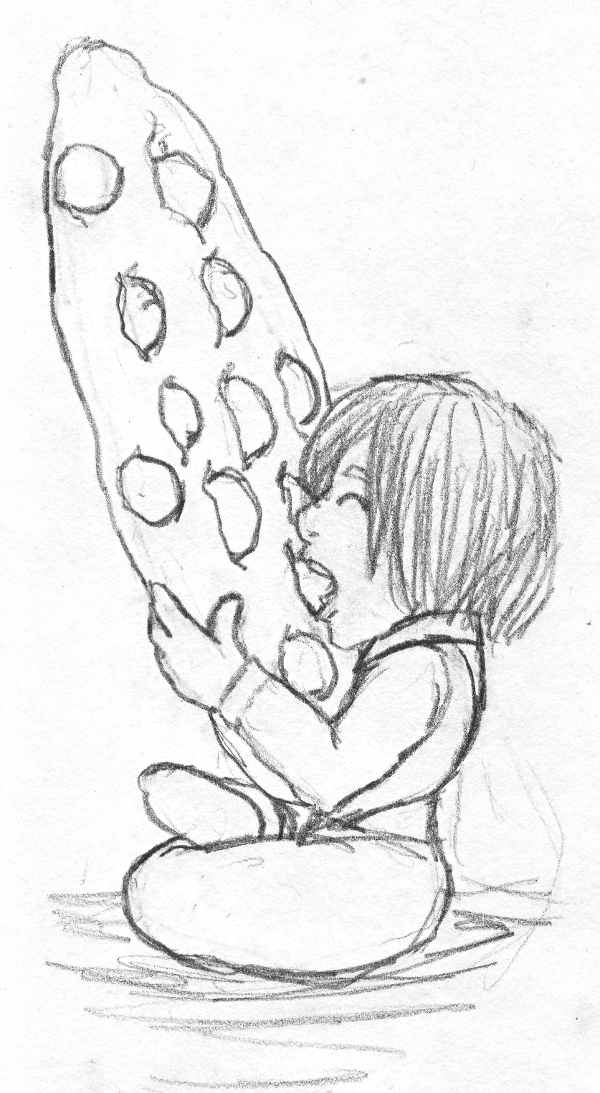 MS 2.0 had a lot of heavy lifting in a few strange ways.

I wanted it to try and clear some of the soon-to-abandoned threads that had come up in MF and never advanced; as well as moving its own story forward. 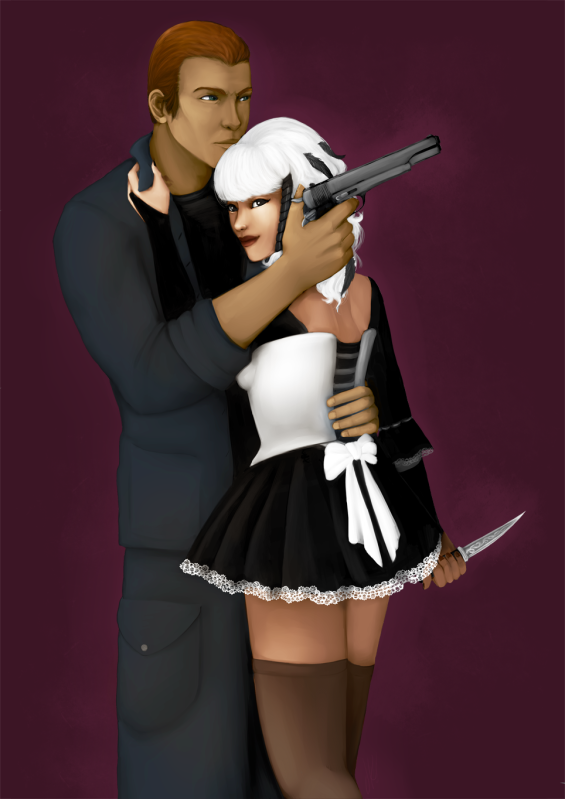 In all honesty, I like to pretend this book doesn't exist.

I started with an experiment - where in both MS and GC were essentially running concurrently - so that the beginning of GC overlapped with the end of MS.

It was my idea that I could show what other characters were doing whilst the "Stef" plot was going on. In reality, it doubled my workload without adding much.

The plot of GC itself was just a mess that I'd rather forget. 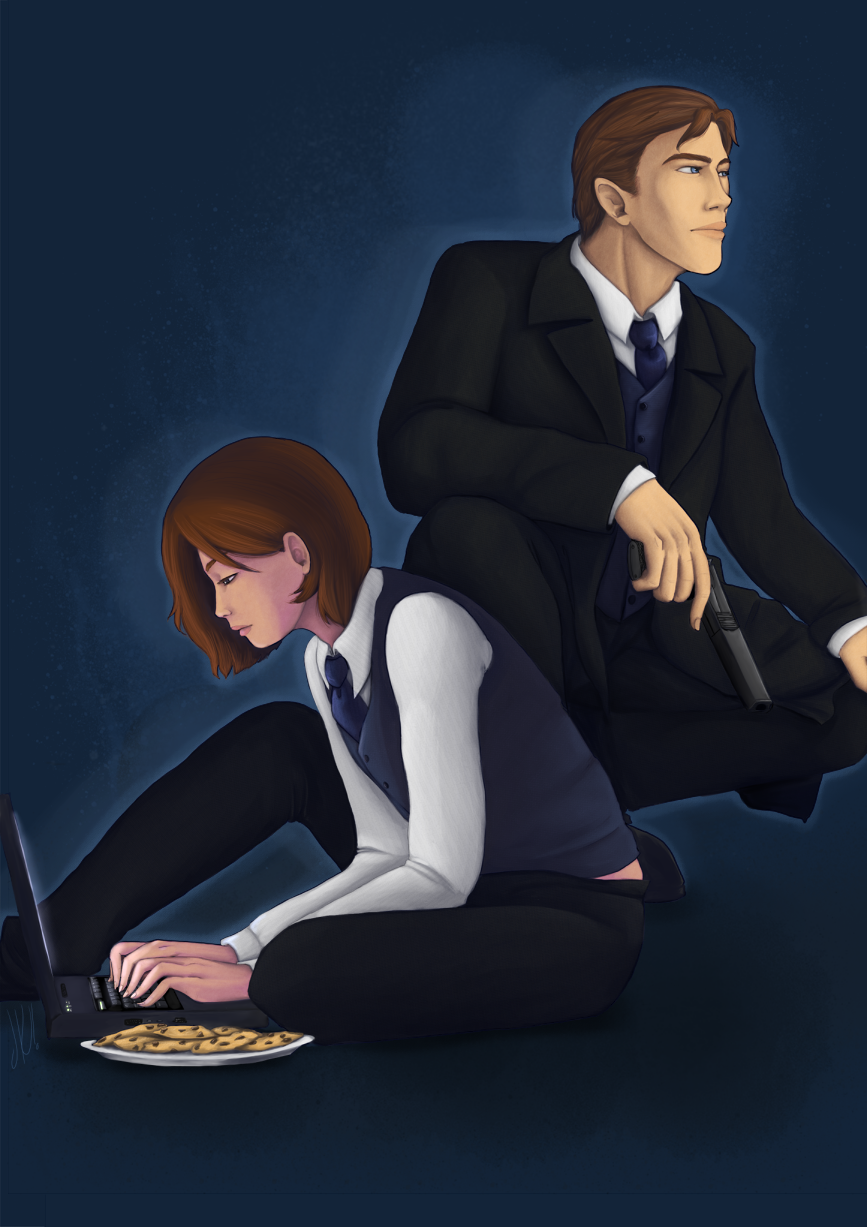 Oubliette...was supposed to be a five-chapter short called "Stef Mimosa vs. The World" and basically be a short caper where they tried to find a couple of phoenix eggs that had been lost/stolen.

About a chapter and a half in, I went "Wait, shit, what would actually happen if two phoenixes went missing? That's end-of-the-world stuff" and...wrote my longest book to date.

It was a monster by the time it was done (somewhere north of 200k), and in my mind, tried to tie off a lot of sub-plots and such to basically make a clean start going forward.

It was a mess, but there was so much in it that I love, and that will get recycled as the new canon moves forward. 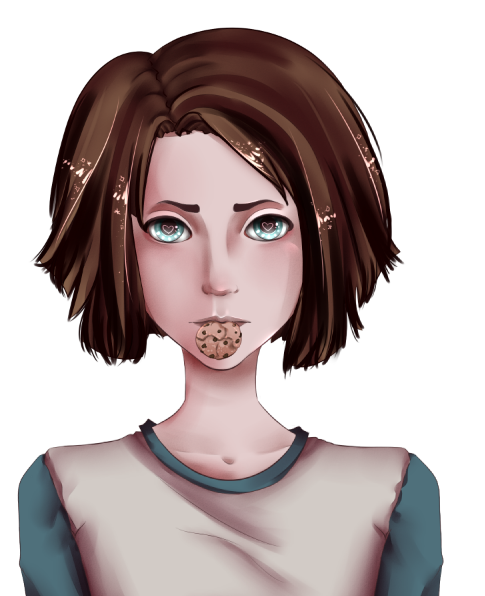 Blue Dust (title workshopped with the help of Doc Frogge) was intended to be the sixth book of the 2.0 canon.

We got a good start on it - everything was in place for what felt like the good status quo moving forward, some characters had shuffled roles, etc, so it was going to be a good chance to see how things went now that everyone was close to how I saw them in my head.

I think we got around 15 chapters in, and much of it will be recycled when we finally get back to this point (and maybe this time, I can include the zombie kiwi birds I'd intended for one sequence), but I decided to put my energy into the rewrite instead.

Against some advice, I'd chosen to do a full reboot - I felt that the threads and characters and whatnot that had been brought up and dropped, those legacy plots and abandoned arcs that had happened over the course of five books were just too...unprofessional to have.

It wasn't something that could be corrected with a few little edits before going to ebook, so I made the call, and officially called for the 3.0 canon to start, leaving BD incomplete. 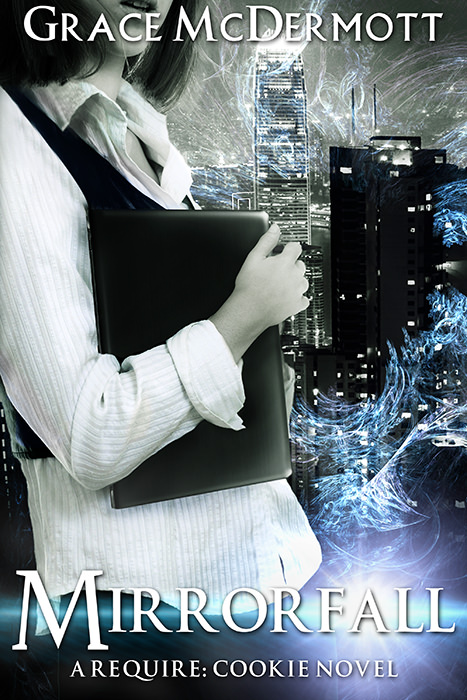 3.0 was the reboot that was supposed to end all reboots. It was the version that was going to have ebooks with proper covers (rather than me throwing something together) and even physical editions.

Some of that came to pass - I liked the covers that I had done, and it was the real beginning of the true "black & white + feature colour" scheme that we've retained to this day.

It's also, fun fact, where I eventually got the inspiration for the "Ash & Blue" title, both "ash" and "blue" have meanings within the series, of course, but since it tied in so well with the aesthetic that we'd developed, it seemed like a good idea.

I go into more details in the Mirrorheart Retrospective, but in short, "Um, Oops" was a version of Mirrorheart that I started, then abandoned after about 12 or so chapters, disliking the direction that it was going. 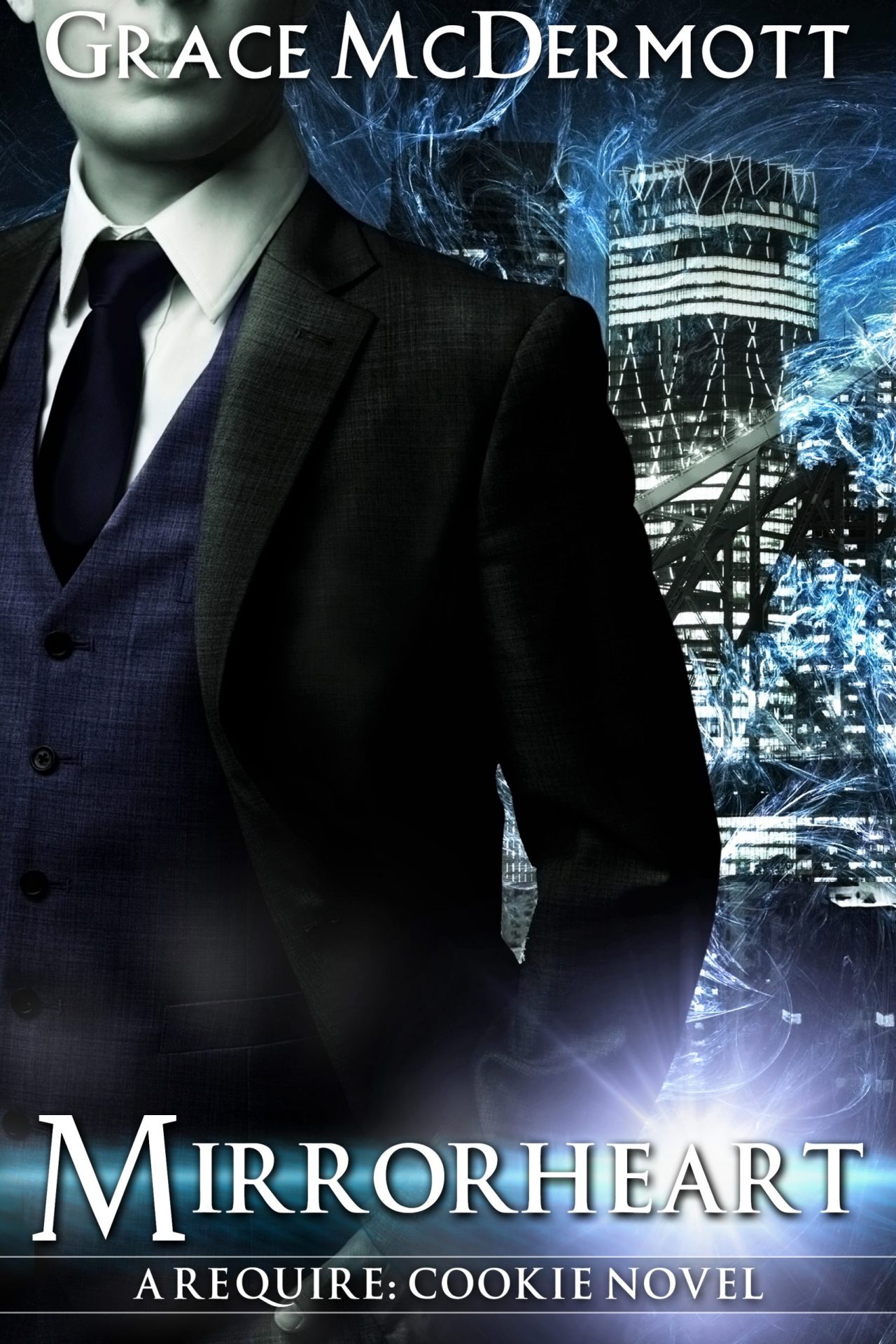 MH3.0 continued, I think, the trend of improving on what had come before - fixing issues and hiccups with the worldbuilding, plot logic and whatnot.

That was the intent, anyway - in reality, I ended up complicating things far more than I'd intended, and was really the herald for the issues that ended up being the death knell for the 3.0.

It was just too...dark and miserable, something that continued on with MS and FAS. 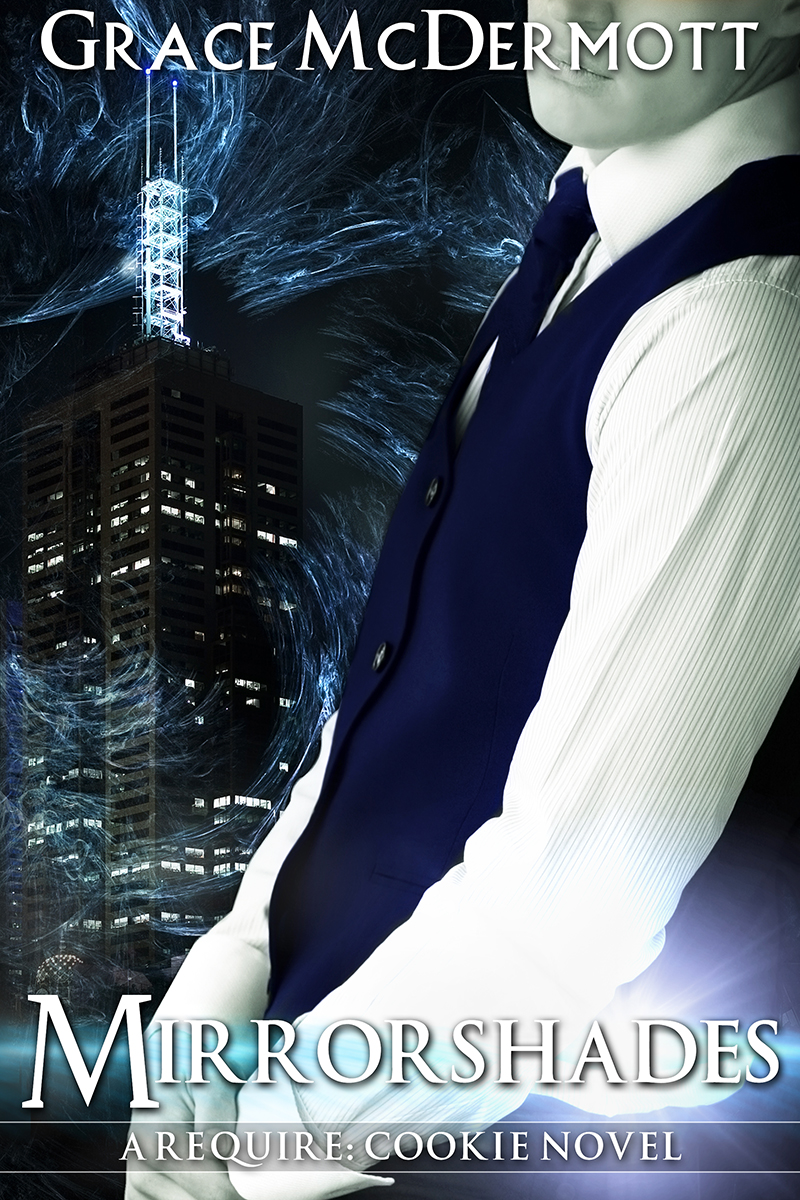 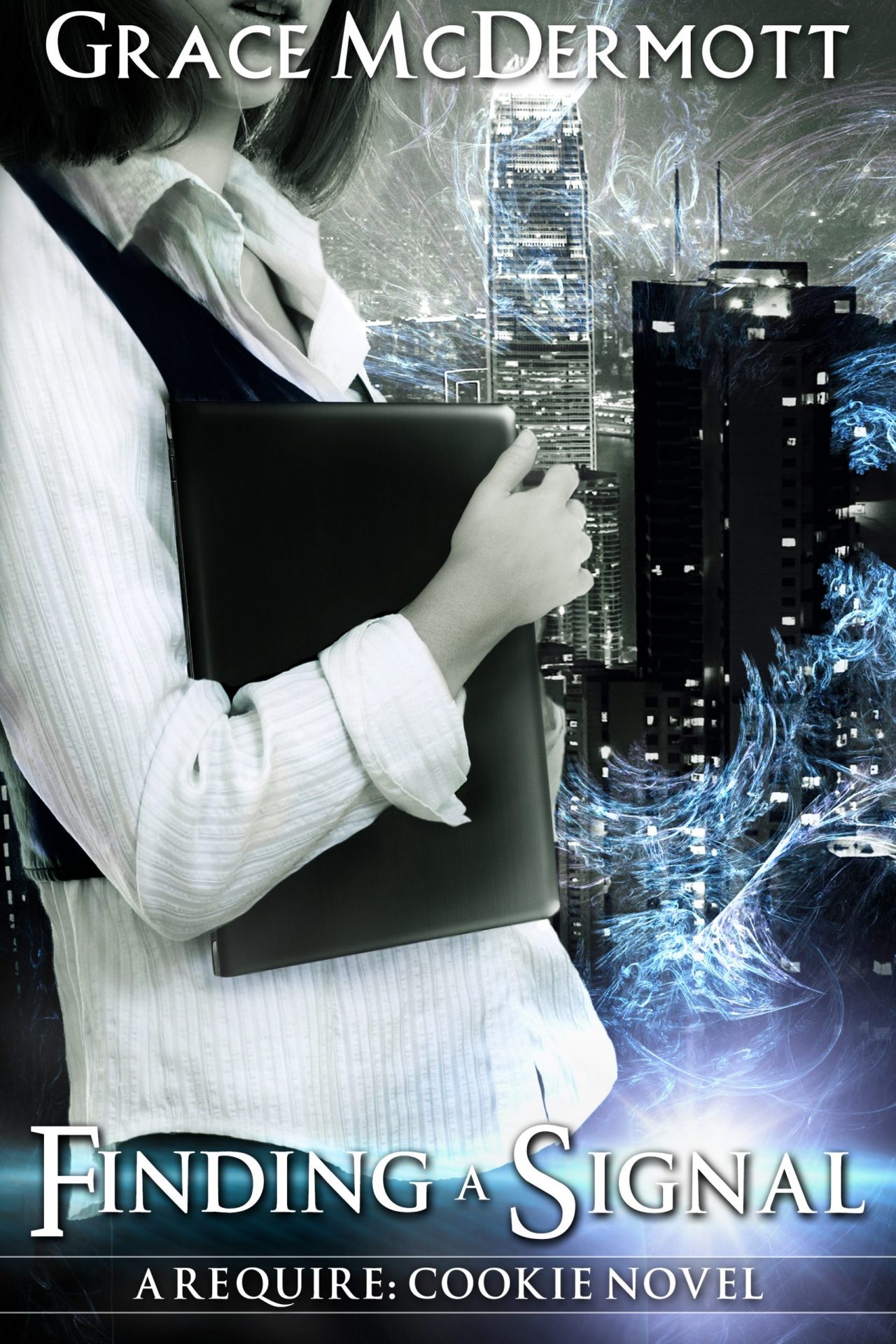